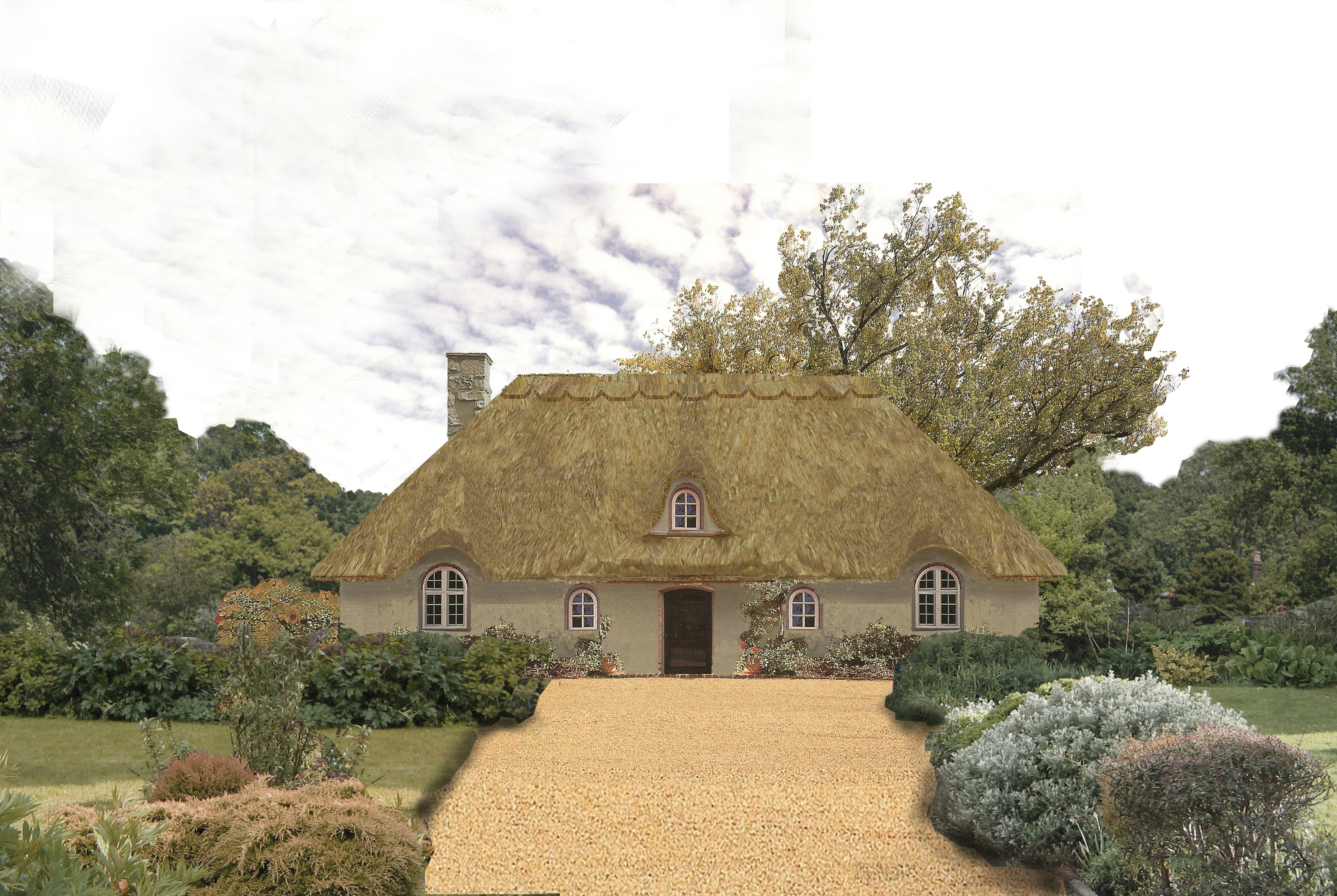 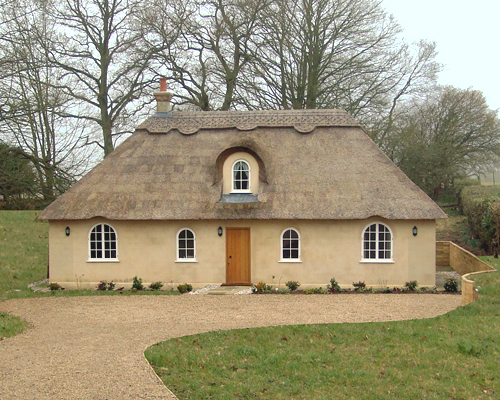 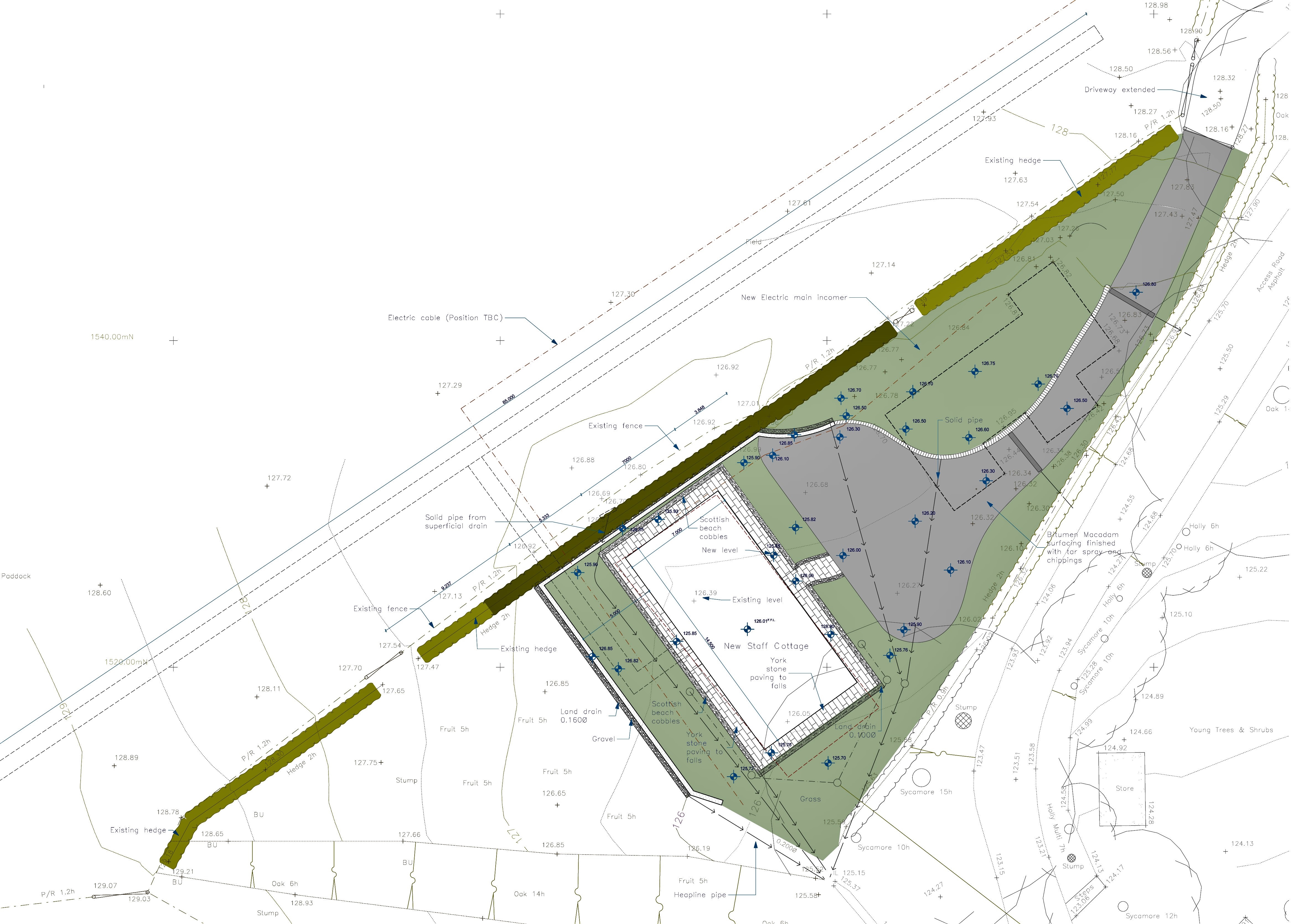 The site was part of a country estate on the Surrey/ Sussex border where we had worked on a variety of restoration projects since 2003. One of the projects we undertook during that period was the design and construction of a thatched cottage. The site had many constraints as it was in the Green Belt and was also in an Area of Outstanding Natural Beauty. Additionally, among the other properties included within the estate were two grade II listed houses.

When we began work on the estate there was a small house in a separate plot which was occupied by the head gardener. The house was discreetly located amongst woodland but over time had fallen into disrepair. The existing house was unattractive and had no architectural merit so the client decided a new house should be commissioned rather then attempt to refurbish the existing.

Part of the persuasive case for replacing the existing house was its location on the site. The existing property occupied the middle of the plot and had been constructed perpendicular to the plot as can be seen above.

The house effectively dissected the plot giving a large garden to one side and a small garden on the other, without vehicular access.

We recommended that any new dwelling should be located towards the back of the plot with views looking back down the strip of land. This would enable a garden to be provided behind the house and a new vehicular access to be constructed to the front.

At about this time we began thinking about the final design of the house. A few years previously we had thatched a barn on the estate which had been very well received consequently that become the natural choice for the roof with limewashed walls below to avoid painting so as to make the house appear more authentic.

After various attempts at providing a pleasing design we prepared some sketches which appeared promising and this led to our preparing a photoshopped image as above.

The picture imagined a two-story cottage with a thatched roof. Internally the design would produce a bedroom and bathroom on the first floor and on the ground floor, a sitting room, kitchen, bedroom, bathroom and study.

When the drawings and photoshopped image were shown to the client he confirmed his approval and instructed us to seek planning permission.

Then followed a two-year period of negotiation with the Local Authority during which challenging issues were discussed such as the new location for the house being some distance from the original position and the height of the property being no higher than original house etc.

Over time all the issues were resolved, and approval obtained.

The construction phase took twelve months and the overall cost was in the region of 300k.